No Time to Die – A Warning About Genetic Data Security?

No Time to Die

James Bond’s latest film ‘No Time to Die’ has certainly had fans talking since its release in the UK on 30th September 2021. After generating an estimated $119 million dollars in ticket sales after its first weekend in cinemas, it’s no surprise that one of the biggest films since the pandemic era has been such a huge success across the globe (1).

No Time to Die is centered around the development of a new biowarfare technology that has gotten into the wrong hands. The evil scientist ‘Obruchev’ is involved in the manufacturing of a deadly virus which can be designed to target people and their blood relatives through using their specific DNA sequence, whilst harmlessly passing through the rest of the population. Later on in the film it becomes apparent that the evil villain responsible for the operation (Safin) has access to a DNA database of countless people around the world, with the plan of utilising this database to specifically target millions of people.

Should we be Worried About Genetic Data Security?

Despite in typical James Bond fashion, the plot seeming pretty far-fetched and unrealistic, the question still remains, should we be worried about the security of our genetic data? Especially with recent developments in the field of genetics and the increasing trend in personal genetic sequencing. Although the idea of a DNA targeting virus or ‘nanobots’, may be a bit beyond today’s current technology, does that necessarily mean that we shouldn’t look after our DNA data?

A bigger and possibly more realistic threat to those who have their DNA sequenced is the potential for this information to passed onto insurance or law-enforcement firms. The Federal Trade Commission has already posted a warning, concerning those people opting to have their DNA sequenced by private health companies, that this information might be shared with research organisations, law enforcement officials or even alternative private companies who may benefit from this information. In fact, unless the private health company distinctly states its policy around the security of your data as part of their service, they do have the right to sell on your genetic information (2).

How do They use the Data?

Let’s take law enforcement agencies for example. When users have received their reports from companies such as 23andMe or Ancestry, they often have the opportunity to upload their genetic information on to public data bases like Family Tree DNA and GEDmatch, with little knowledge of the potential future consequences. Following this, law enforcement investigators are now starting to compare DNA samples found at crime scenes with the DNA on these public databases, with the hope of finding a match (3). Although this methodology may be very much within its infancy, there is a strong

argument to suggest that as genetic testing becomes increasingly common and these public data bases become much larger, that these techniques used by law enforcement firms will become common practice.

You also might be thinking, well what is the problem with that? If it means catching more criminals then why does it matter? However, I would argue that is a separate discussion. The problem is that people right now are publicly disclosing their DNA data without full knowledge of the repercussions. Whilst on the other hand, those who are aware of the power of genetic data are harnessing these public databases for their own benefit.

Law enforcement officials may not be the only organisations that could benefit from this technology, as previously mentioned you could argue that insurance companies would find great value in having access to this data too, by charging inflated prices to those individuals with genetic predispositions to disease and illness. Now before we get too carried away, I would have to highlight that if insurers started to undertake a process like this, it would likely end in a lot of bad press and potential legal complications. However, it is certainly something to keep in mind when faced with the opportunity to publicly exposure your genetic data. Is it worth the risk?

Is There a Safer Option for Genetic Testing?

Having read almost a full article about the potential dangers of genetic data breaches you might have been put off genetic testing all together, I mean why take the risk? The reality however, is that genetic testing is the future of medicine and healthcare. It can provide us with fantastic insights into our genetic predispositions to disease and increases our chances of living longer and healthier lives. You’ll also be pleased to know there is a way of being genetically tested safely.

At CircaGene we provide extensive next generation sequencing and bioinformatics services in order to provide a variety of health insights to our customers. The difference is, at CircaGene we provide your DNA data with a fully encrypted, patented technology that allows only the customer to have unique access to their data. Your genetic data remains encrypted throughout the entire sequencing process, and the user is provided with a unique ‘FHE-key’ to access their data and associated health insights. Furthermore, unlike our competitors, we do not under any circumstances sell your data, lease it or allow any third-party access. Meaning you can be confident that your genetic data is being handled safely, without the potential for downstream repercussions in the future.

The film No Time to Die, although far-fetched, does at least raise a potential issue around genetic data security in the future. Of-course the development of a genetically modified viral bioweapon, that threatens the existence of humanity is unlikely, however the idea

that the public exposure of personal genetic information could lead to negative consequences in the future is an important issue to highlight. An issue we must take into consideration when selecting which private genetics sequencing company is going to be handling our valuable data.

2) Is your DNA info safe from data breaches, and what are the privacy concerns? [Internet]. Us.norton.com. 2021 [cited 21 October 2021]. Available from: https://us.norton.com/internetsecurity-privacy-dna-data-breaches-and-privacy-concerns.html 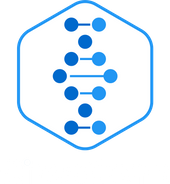